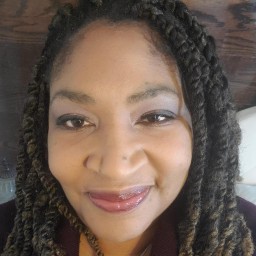 Gluten is a protein found in wheat, rye, and barley. It is also found in products made with these grains, such as bread, pasta, cereal, and beer.  Gluten is responsible for the elasticity of dough and the chewy texture of baked goods. It helps to trap the carbon dioxide released by the yeast, allowing the bread to rise.

Gluten is also used as a stabilizing agent in many processed foods. It can also be used as a binding agent in food products such as sausage and meatballs.

In the past, gluten was processed differently than it is today. Ancient processing methods resulted in a product that was more easily digested by the body. Gluten-rich grains were simply ground into flour and made into dough without any further processing. This allowed the gluten to retain its full strength, which made for a tough and chewy end product.

Today, gluten is often processed to make it weaker and more soluble, which results in a softer, more pliable dough.  Gluten is processed using harsh chemicals and high temperatures. This results in a product that is more likely to cause an immune response in people with celiac disease.

For people with celiac disease, gluten is the protein that damages the lining of the small intestine, preventing the absorption of nutrients. However, for the majority of the population, gluten is not harmful. In fact, there are several positive effects that gluten can have on the body.

In the past, people who ate gluten-rich diets were often taller and had stronger bones.

Gluten has been shown to help with weight loss, improve digestion, and reduce the risk of heart disease.

Ancient cultures knew of the benefits of gluten long before modern science had the techniques to confirm them. The first recorded use of gluten was in 2697 BC, when the Chinese Emperor Shen Nung noted the doughy texture of wheat and how it could be used to make a light, airy bread. He also noted that this bread was easy to digest and had a positive effect on the body. Shen Nung’s observations were correct; gluten does have numerous benefits for the body, both in ancient times and today.

There is a lot of controversy surrounding gluten and its effect on the body. Some people believe that gluten is the root of all evil when it comes to our health, while others believe that it is perfectly fine and there is no need to worry. So, what is the truth? Does gluten really make us sick?

The answer is not a simple one. Gluten affects different people in different ways. For some people, gluten can cause serious health problems. Celiac disease is one example of an illness that is directly caused by gluten. Celiac disease is an autoimmune disorder that damages the lining of the small intestine.

Gluten sets off an immune response in the body that attacks the small intestine. This can lead to damage to the villi, which are finger-like projections that line the small intestine and help absorb nutrients from food, and can lead to a host of other problems, including anemia, osteoporosis, and even cancer.

For other people, gluten may not be quite so harmful. They may be able to eat foods containing gluten without any adverse effects. However, for some people, even a small amount of gluten can cause problems. They may experience weight loss, stomach pain, bloating, gas, or diarrhea.

So, what is the bottom line? If you have celiac disease or are sensitive to gluten, then you need to avoid it.

But what about people who don’t have celiac disease? Can gluten still affect them?

There is some evidence to suggest that gluten can cause problems in people who do not have celiac disease. A study published in the journal Gut found that people without celiac disease who ate a gluten-free diet had less inflammation in their gut than those who ate a diet that included gluten.

When it comes to inflammatory diseases, gluten may be one of the worst offenders. This protein can cause serious inflammation in the body, particularly in the gut. In fact, gluten has been linked to a number of inflammatory diseases, including Crohn’s disease, ulcerative colitis, Dermatitis Herpetiformis, and more. Even if you don’t have one of these conditions, gluten can still cause inflammation and other health problems

When it comes to gluten and health, there are a lot of questions and controversies surrounding the topic. Some people swear by a gluten-free diet, while others insist that gluten is no big deal. So what’s the truth?

There is no doubt that gluten can cause serious problems for some people. If you’re not sure whether you have celiac disease or non-celiac gluten sensitivity, the best thing to do is to see a doctor and get tested. Once you know for sure, you can make the decision about whether or not to go gluten-free.

Promote Your Most Important Offer Here

Eat Right for Your Stage of Life

This is a Bottom section. You can edit it or choose a ready-made design

Please log in again. The login page will open in a new tab. After logging in you can close it and return to this page.